A new craft brewery wanted to create an open concept without leaving their equipment open to the masses. How is this possible?

Nick Moeller learned the craft brewery business during his time living in San Diego and took that knowledge with him back home to Ohio in order to start Moeller Brew Barn in Maria Stein. The ideal scenario had Nick able to pursue his dream of brewing fantastic beer in an interactive environment. Nick needed to find a way to have his tanks and process accessible and viewable while still keeping his equipment and customers separated from one another. All the while, Moeller did not want to ruin the aesthetical splendor of his tap room. Sure, a boring or ugly set of poles with chains would probably have done the trick, but Nick wanted something better. 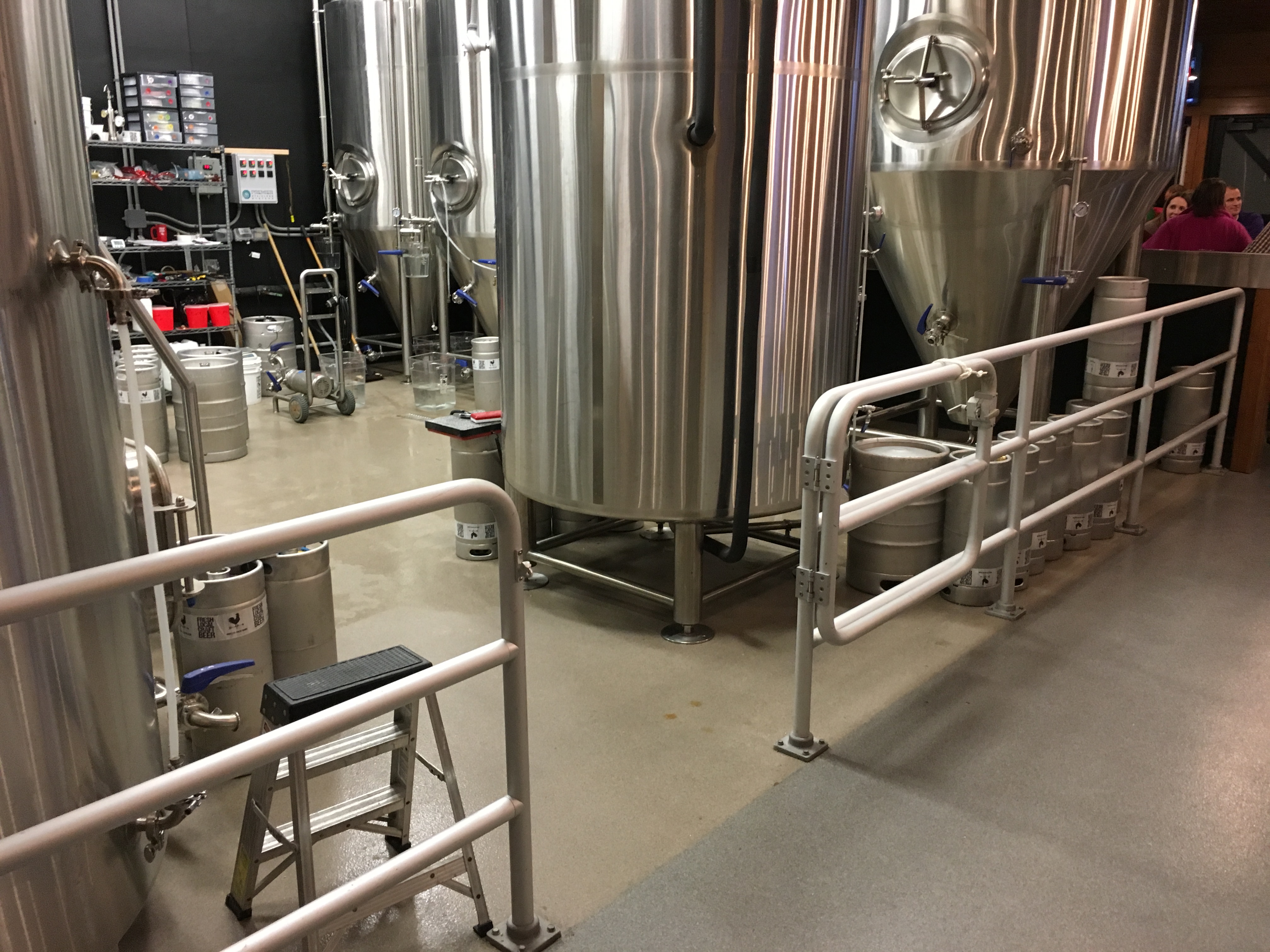 Moeller wanted a safe, stylish, and inclusive barrier to surround their tanks

With constant work scheduled to take place in order to brew up to 15 distinct styles of beer, Moeller needed a barrier that allowed his worker's easy access without ruining his dream of open space. It didn’t take long for Moeller to settle on local Superior Aluminum Products and their Series 500 Pipe Railing.

The Superior railing efficiently achieved all of the goals Nick wished to accomplish along with the added bonuses of coming pre-assembled and being rust free (critical given all of the moisture associated with the process). The Superior railing was designed with functionality in mind. Multiple gates were installed around the tank for easy access. Meanwhile, one section of railing was made easily removable for the sake of placing their canning line. The removable railing can be quickly re-installed for maximum efficiency.

As for the design of the new railing system matching the aesthetic of the location, you be the judge! 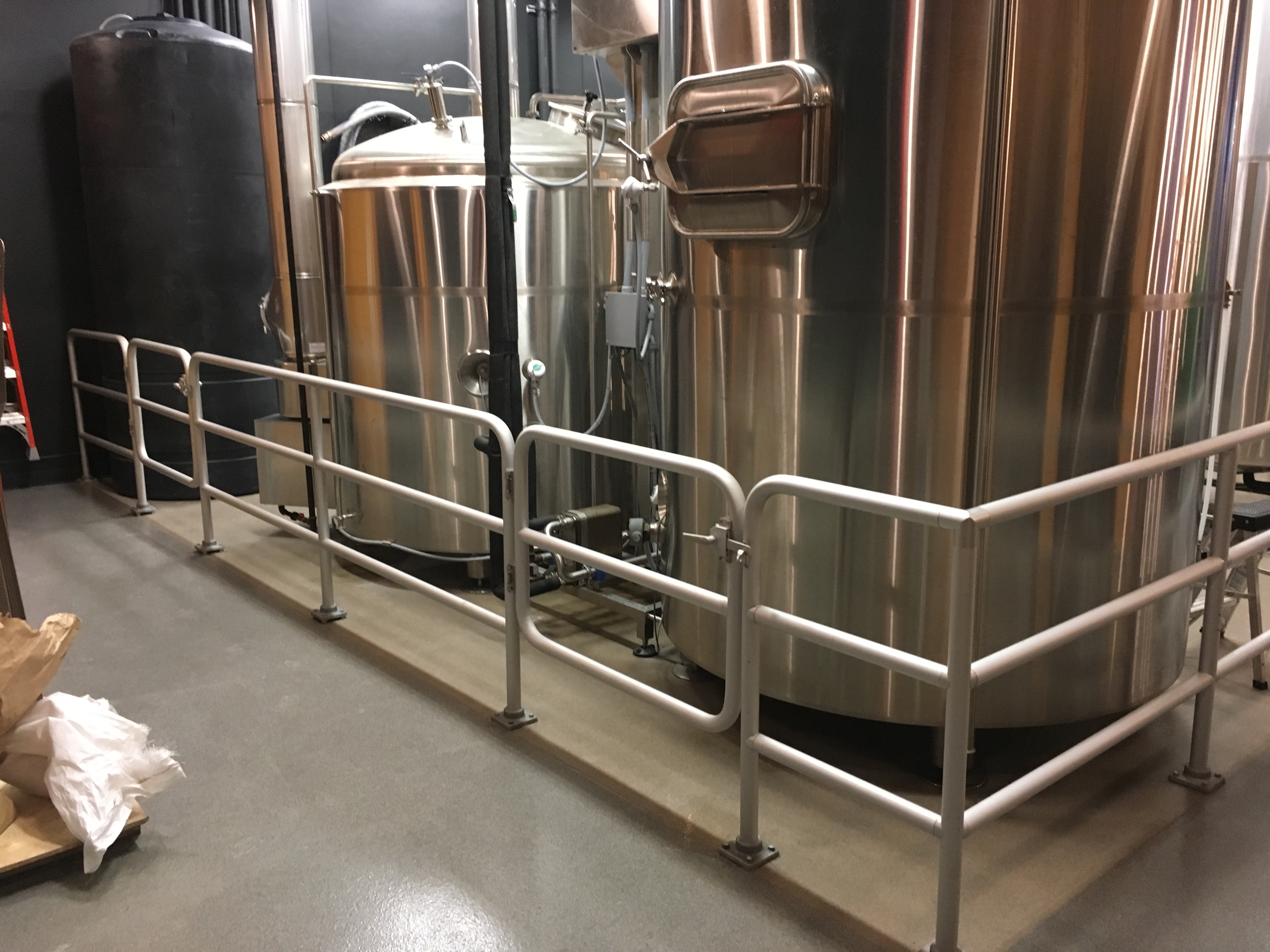 THE RESULT - A BOOMING BUSINESS

Moeller was pleased with the way his Superior railing allowed him to capture the design he envisioned: “It doesn’t leave anything to the imagination. Customers can see and touch every tank. I didn’t want to hide behind walls or windows, and the aluminum railing gives us that.”

After brewing beer out of his home for a few years and spreading the word amongst friends, Nick started work on his facility in 2014 with the doors opening to Moeller Brew Barn in May of 2015. Since the opening, Moeller beer has exploded in popularity. Nick’s brews are now featured on taps all around the western portion of Ohio and sold at grocery stores throughout the same region. Meanwhile, the Brew Barn is almost always filled with customers sampling a wide variety of flavorful beers.

Nick has been so successful in his short time in business that Moeller is currently building a large expansion to their initial barn and building a brand-new facility further south. Much of Moeller’s success rightfully is attributed to the excellent quality of the beverages produced. However, the openness of the process has led to the Brew Barn becoming a destination. As stated above, you can get Moeller’s beer almost anywhere in a two-hour radius, but people continue to fill his facility.

If you are interested in your brewery obtaining a unique combination of a fantastic aesthetical presence without interfering with an open concept, contact us today and we can get the ball rolling….or should we say get the beer brewing?