From time to time we get asked about horizontal lines in railing systems creating a ladder effect, which means attracting children to climb into dangerous situations. Is this concern justified or are horizontal lines safe to install in every location?

From the early days of railing systems being used for safety and assist measures, most installations featured a vertical picket design, regardless of material. In the years since, new styles have worked their way into projects in all sorts of applications. These new styles include ornate designs in between pickets, glass inserts, and horizontal cables/pipes/pickets instead of vertical. It is these horizontal pieces that started to raise concern.

WHAT IS THE PERCEIVED "LADDER EFFECT"

Put simply, in the late ’90s the “ladder effect” arose from concerns of railing with horizontal lines simulating a ladder, making it easy for children to climb. The fear of young people climbing these “ladders”, putting themselves in dangerous situations, created discussion about changes to the building code. 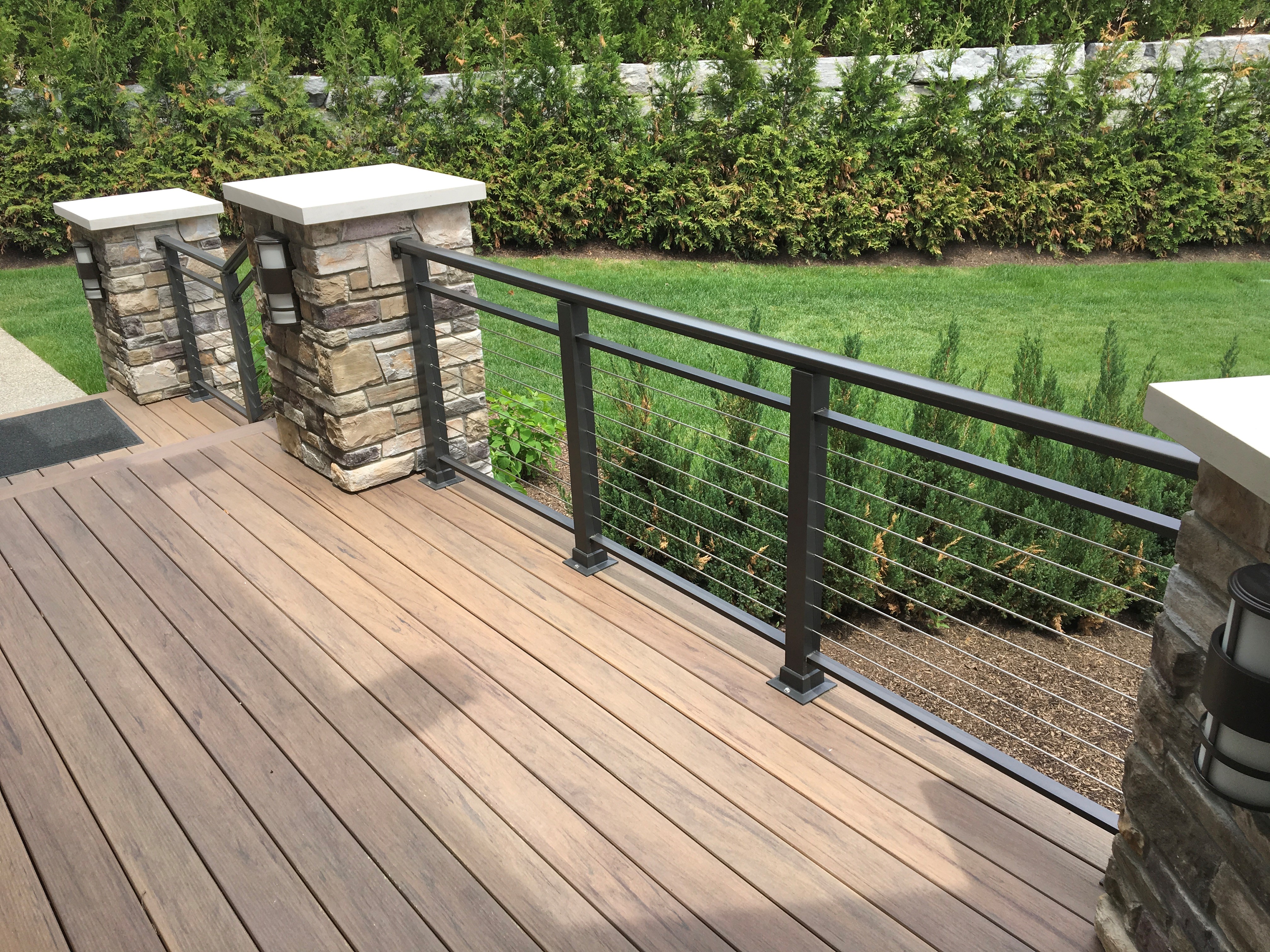 These initial fears eventually led to the International Code Council (ICC) adding wording regarding the “ladder effect” to the 2000 version of the International Residential Code (IRC). The exact terminology in the 2000 version of the code read as follows: “Required guards shall not be constructed with horizontal rails or other ornamental patterns that result in a ladder effect.”

SO IS THE "LADDER EFFECT" REAL?

Almost immediately after the “ladder effect” wording entered the code; work began in studying to see if the perceived threat was real. The National Association of Home Builders (NAHB), with funding from the National Ornamental and Miscellaneous Metals Association Education Foundation, headed up the research. The NAHB reviewed over 40 studies for their final report and the findings painted a clear picture.

The study concluded that falls from porches, balconies, open-side floors, floor openings, handrails, railings, and banisters in children between 18 months and 4 years accounted for only .032% of all injuries. More simply put, this is about 2.5 of every 100,000 children. The study also concluded that even at a young age, children are able to perceive severe danger from large falls and are unlikely to actively engage in climbing guards unless encouraged.

Following their research, the NAHB submitted their findings to the ICC. The conclusion was railing with horizontal lines does not create the perceived “ladder effect.”

WHAT DOES ALL OF THIS MEAN?

The long and short of all this research and code talk is that horizontal components in railing systems contain no climbing threat that is greater than any other guard. As a result, the ICC released a supplement to the 2000 IRC in the year 2001 which removed all mention of the ladder terminology. Subsequent versions of the code continue to omit any mentions of a “ladder effect.”

Removing the “ladder effect” from code restrictions means that beautiful Cable Railing, Pipe Railing with multiple horizontal lines, and Horizontal Railing from Superior Aluminum are all code-compliant, safe options that meet the ICC. For many applications, horizontal lines significantly enhance the beauty of the project!  Now that it is clear that Superior railing offers no threat from a “ladder effect”, you can get a quote via our online tool. Please feel free to reach out and contact us with any further questions regarding railing and the “ladder effect”, or railing in general!

The Ladder Effect in the International Building Code

How did Pipe Cable Railing come to be?