Have columns really changed that much in the last millennium?

As we discussed in part one, columns have been a staple of architectural design for thousands of years, but have they really changed that much since their inception? Today we will dive into the more modern designs and applications of today’s columns, showcasing a modern spin on a classic feature.

Fast-forward over 2500 years and columns remain a popular feature to this day. As time moves forward, so does architectural design and style, and the column has been no exception. Towering round designs in aluminum, marble, and stone are still being produced, but their popularity has dropped dramatically in the modern era. In that time square aluminum styles have overtaken them to mesh with sleek design becoming the popular trend.

Aluminum columns provide similar aesthetic and load-bearing features as ancient styles, without the massive weight and arduous development issues. Furthermore, modern aluminum columns can be used to wrap-around existing structures, a feature that has turned them into a de facto go to in many situations. With a turn to the sharper looking square aluminum columns, variations in the design began to emerge. The differences in these profiles is subtle, with the three most prevalent square design profiles being square fluted, square smooth, and square panel. Each offers a unique way to highlight a structure, all while providing a modern appeal.

Square fluted columns were one of the first square columns introduced. They combine the popular traditional fluted look with the sleek modern square style. Next in line is the square smooth column. Just as the name implies, square smooth columns do not showcase any intricate artwork, but simply let the column speak for itself. Last but certainly not least is the square panel column. Panel columns provide an indented look that highlights the column’s edges.

Design was a major factor in the early days of the aluminum column. This is most easily noticed in the extremely ornate and detailed stylized caps and bases that proved popular. However, modern square columns simplify the decorative approach. Two of the most prevalent modern profiles for square caps and bases are known as Charleston and Savannah. Savannah, also known to some as Tuscan, caps combine rounded edges with the sharper corners of modern architecture, allowing it to blend with either design. Individually, Charleston caps and bases expand the cap/base area and have sharper angled edges. Some manufacturers may refer to similar styled items as Italian style. This provides smooth transitions and helps the columns flow naturally into modern structures. 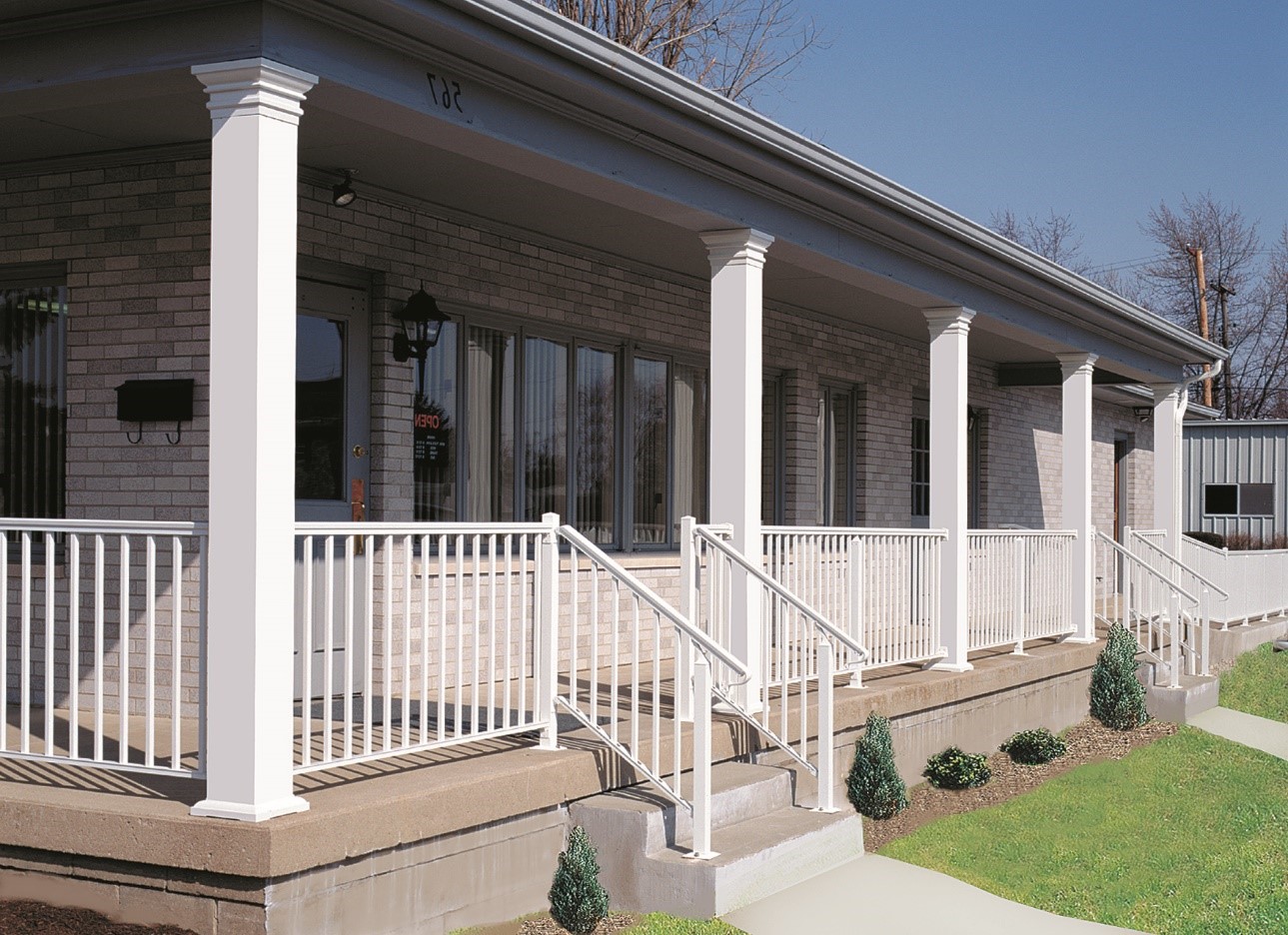 What will the future hold?

Though material and aesthetic changes have occurred to columns over time, the foundation of columns remains. It is because of these changes that columns have been able to adapt to an ever-changing architectural landscape. While the square aluminum column has become the current industry staple, new materials are beginning to fight their way into the picture for a new chapter in the long history of the columns place in architecture.

Join us fall of this year for part three as we discuss two such materials, along with some exciting Superior Aluminum news!

If you are interested in becoming a part of the storied history of columns in design and think aluminum is the choice for you, check out our where to buy tool or contact us here!

Taking a Look at a "Historic" Product