Taking a Closer Look At a "Historic" Product

Is there really any difference in columns? Don’t they all look the same? Have they always been the same?

When thinking of structural columns, some people immediately think back to the great Greek and Roman architecture from centuries ago. Blending precision and elegance, they created seamless designs which brought a powerful look to their edifices. Now? Columns seem to be more of an afterthought when buildings are being constructed…Or have they actually just adapted with the times? Join us in a two-part series as we dive into how the column, an architectural staple, has evolved over time.

Turning Back the Clock

The origins of a column as an architectural staple can be traced back all the way to 6th century B.C., where large round columns were beginning to be used as structural supports for some of history’s most grand entrances. While they could have just used plain stone pillars used to support structures, the ancient people took the time to create something far more intricate.

These ancient columns, built in a style referred to as the Doric, were both simplistic and precise in their designs. Often, these columns were made of either limestone, marble, or a combination of different stones to establish the structural integrity needed to hold hundreds, if not thousands, of pounds above them. Traditionally, these columns were “fluted”, meaning they had grooved lines to give them more artistic appeal and strength. From this point, columns, along with their caps and bases, started to take on more elaborate designs. 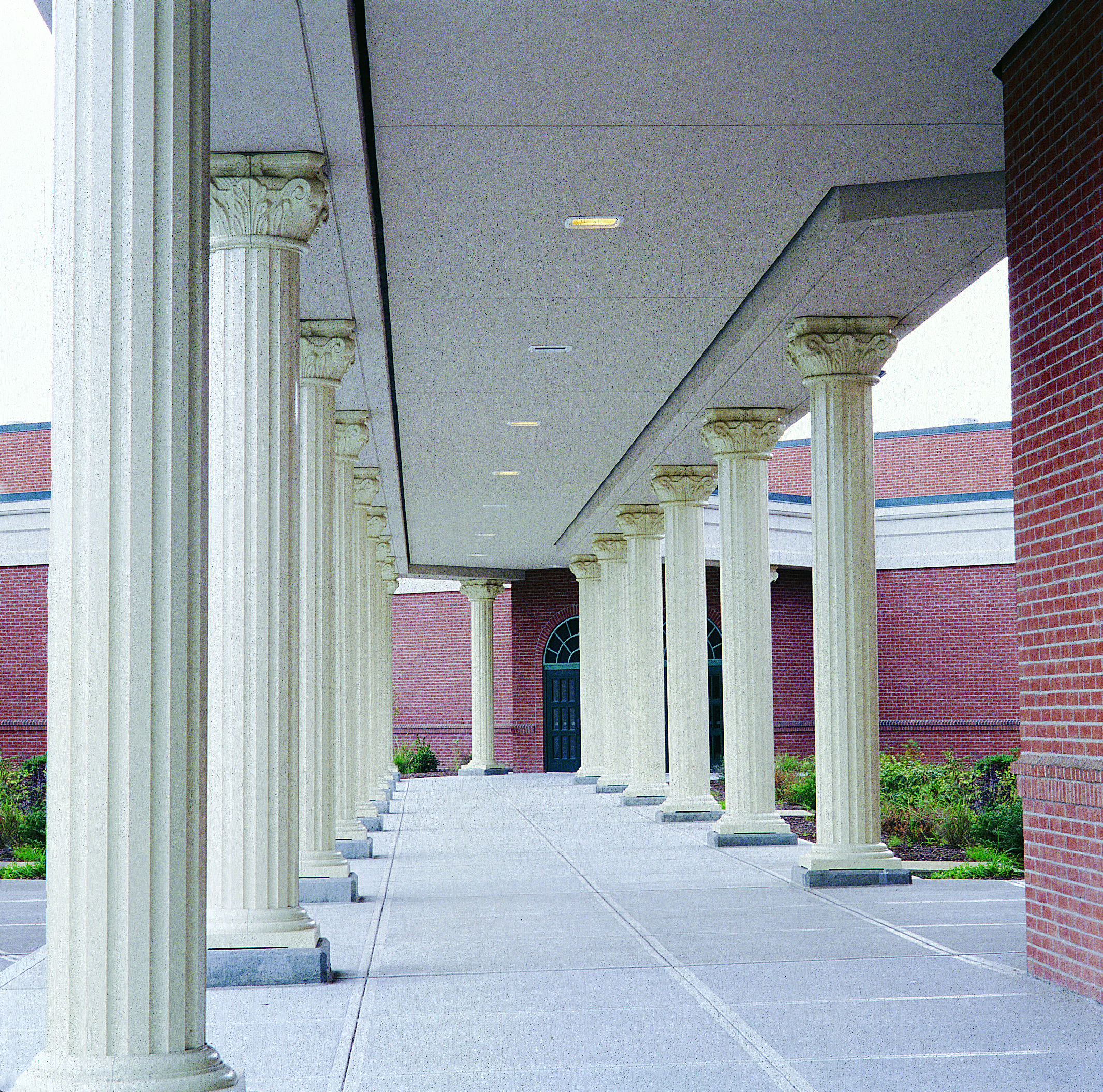 These design branches lead to two distinct models for a column’s cap and base, Scamozzi and Corinthian. These designs (Doric, Scamozzi, and Corinthian) were all created within a few hundred years after the first column designs were made in the 6th century B.C. The Scamozzi design, also known as Ionic or Scroll, showcases artwork at the cap, while also staying practical and simplistic to the Doric root. However, Corinthian designs highlighted more artistic ability and often had elaborate designs and depictions that could tell an entire story.

Looking to the Future

While these three designs created the foundation many years ago for future columns to build upon, columns have seen a dramatic shift through the centuries. Over that time large, round, grand designs began to slowly become smaller, sharper, and simplified to create an entirely different look. Additionally, marble and limestone would be replaced with more workable, durable materials such as aluminum and fiberglass. Join us for part two of our column series next month in which we take a look at these changes and the subsequent relatively-quick rise of the square column.

Have a question about columns? Please feel free to contact us with any questions you may have!