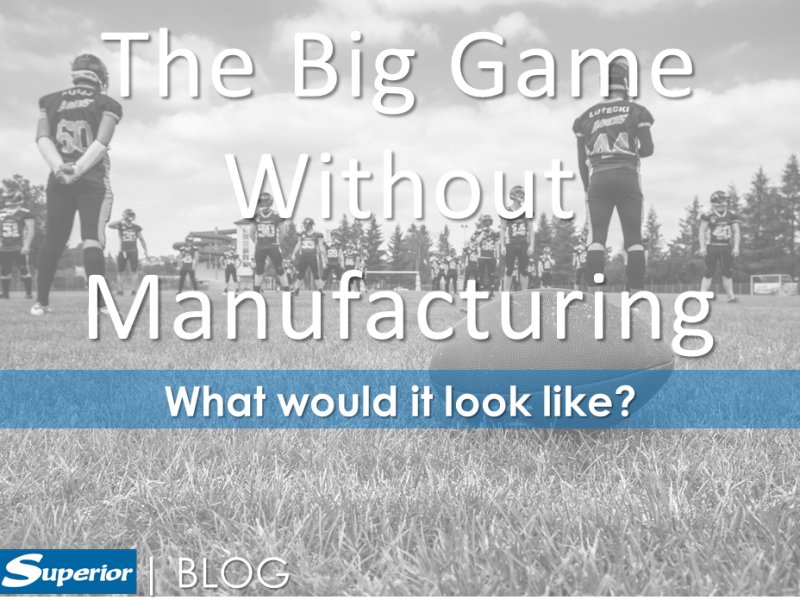 The Big Game Without Manufacturing?

What would the end of a football season look like without Manufacturing? We decided to answer the question!

While we watched an incredible ending to another football season which saw a new champion crowned (congratulations Philadelphia!), we couldn’t help but think about a blog post we read from the National Institute of Standards and Technology (Check it out here) reflecting on what the World Series would look like without manufacturing. The article spurred discussion in our building, where football is more often the sport of choice, and led to us asking a similar question: What would the conclusion of a football season look like without manufacturing?

Wilson Sporting Goods, in tiny Ada, OH supplies all the footballs for the big game. Without Wilson, a quarterback is just a guy waiting to get tackled, and kickers would be kicking air, which would be far less entertaining. Meanwhile, companies like Riddell and XTech provide padding from helmets to shoulders to knees which protect the players. 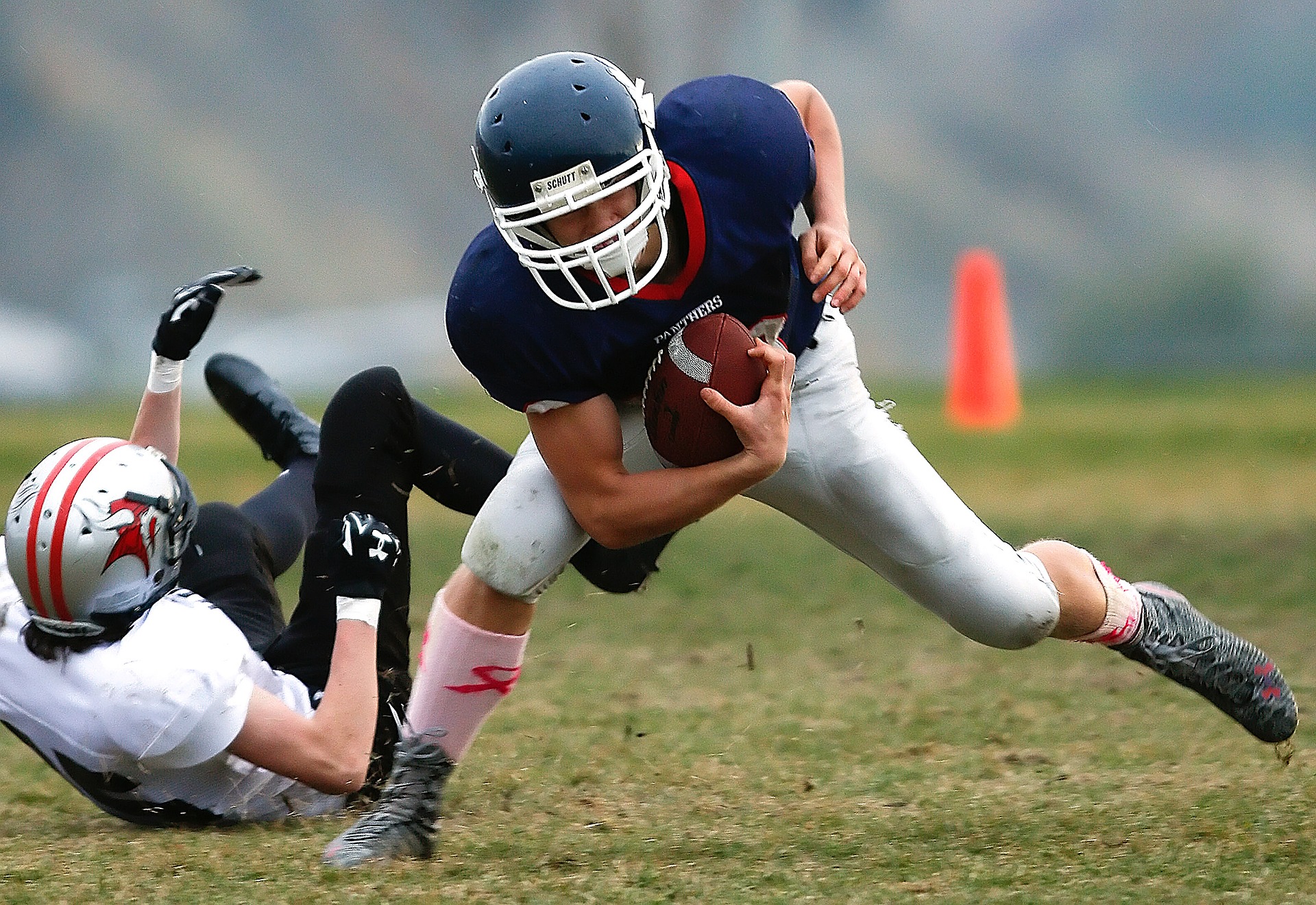 Those field goal posts that each team’s kicker seemed to struggle mightily to kick through in the big game? Believe it or not those did not grow out of the ground, instead they came from Sportsfield Specialties in New York. Speaking of ground, the turf on the field during the Big Game didn’t grow inside the dome, instead it was manufactured down in Georgia.

All the activity on the field would be a mess without manufacturing for sure, but what about the game for the fans in the stands? Closest to our hearts, it pains us to think of the numerous fans who would be tumbling down the stairs in the stands with no handrail to grasp onto, or the poor soul whose $12.00 beer and $10.00 nachos just tumbled over a wall because there was no protective guard rail.

Even if they were somehow able to get railing in Minnesota, without manufacturing there would be no place to install the railing….no concrete or steel for the structures, no pipe for plumbing, or (crucially on a February Sunday in Minnesota) ductwork for heat. The fans would be rather uncomfortable sitting on the ground as no seats would be available, not to mention the general unpleasantness of 0-degree weather. Not even a hot coffee and a snack would be able to warm you up as there would be no cups for coffee or receptacles for snacks.

Think of the actual gameplay of the Big Game without manufacturing. The coaches would have no headsets to talk out their plan, and no Gatorade to bathe in should they come out victorious. Officiating would somehow be even more difficult than it already is with no whistle to blow and no flags to throw. Instant replay for close plays? Not without cameras and video screens! Without someone to manufacture them, there would be no uniforms for players and no towels to wipe up sweaty hands. Without manufacturing, you just have a couple hundred people standing on a patch of grass…. seems less fun.

The only silver lining to the Big Game with no manufacturing that we could come up with? The commercials would probably still make us laugh (although we haven’t figured out what they would be promoting or how we would watch them).

Analysts and experts will throw out facts and figures and statistics to show the importance of manufacturing in America. However, sometimes it is more powerful to take a step back and look at something we take for granted like a football game to see just how strong an impact manufacturing has on our daily lives. Trust us, we have thought it through and the big game would be a big dud without manufacturing!

Superior Aluminum Products is a major proponent for the continued advancement of manufacturing in America, and for the continued efforts to get more people involved in it. Each year on the first Friday in October, Manufacturing Day (sponsored by the National Association of Manufacturers) takes place throughout the country. Here at Superior, we happily host several groups of high school students and adults on tours of our building to stir excitement and remove misconceptions about manufacturing. Consider checking out Manufacturing Day yourself this year, and help usher in the next wave of great employees. After all, shouldn’t generations to come be able to enjoy a spectacle like the one we were treated to in Minnesota?

Do You Know Your Code?