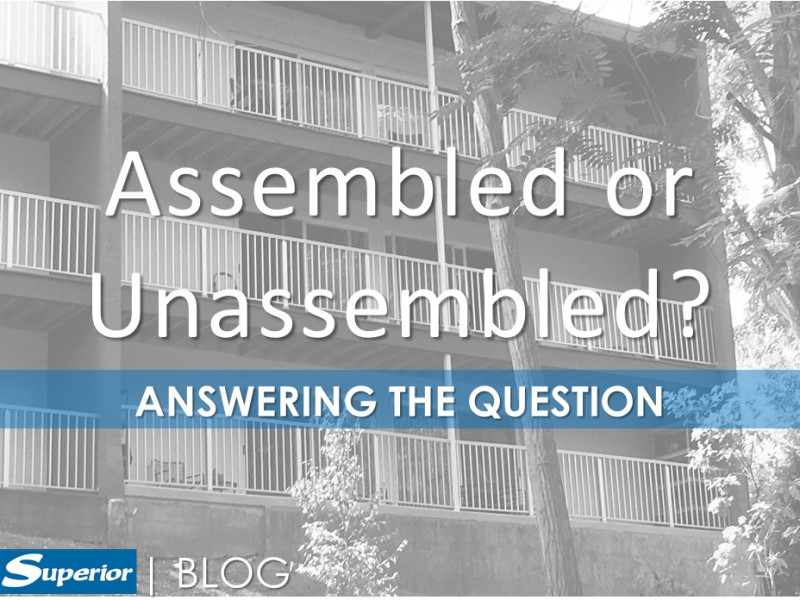 Buy Pre-Assembled, or Fabricate on the Jobsite?

Unassembled railing kits may be priced more aggressively, but do they cost less?

“In the future, buildings will be assembled from components and modules that were manufactured offsite.” This quote from Autodesk Vice-President Jim Lynch at this year’s Autodesk University convention in Las Vegas speaks of a future that is coming quicker than we think!

What are we talking about? 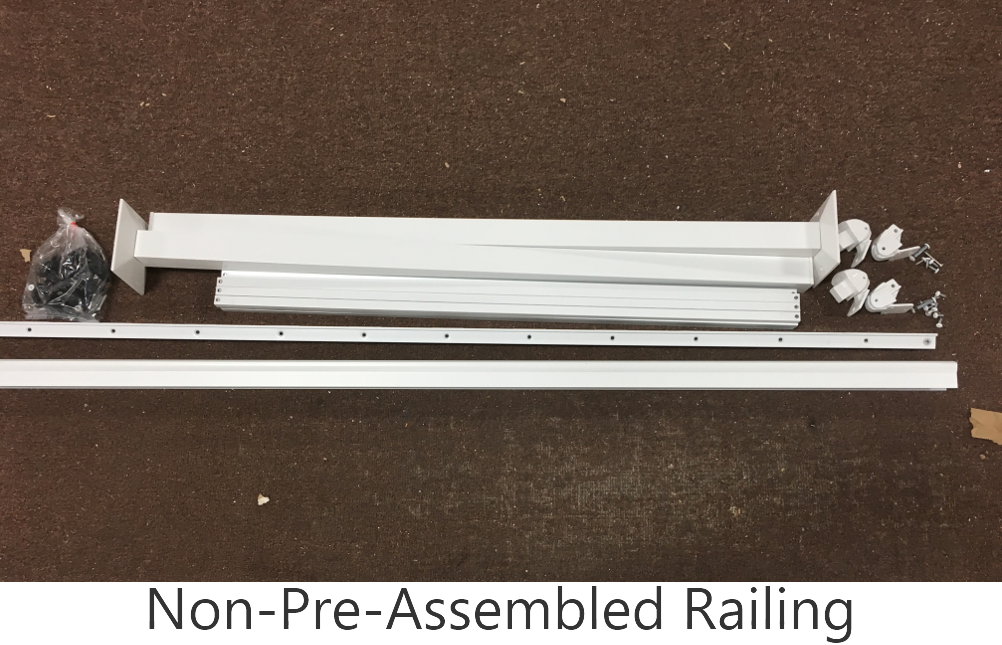 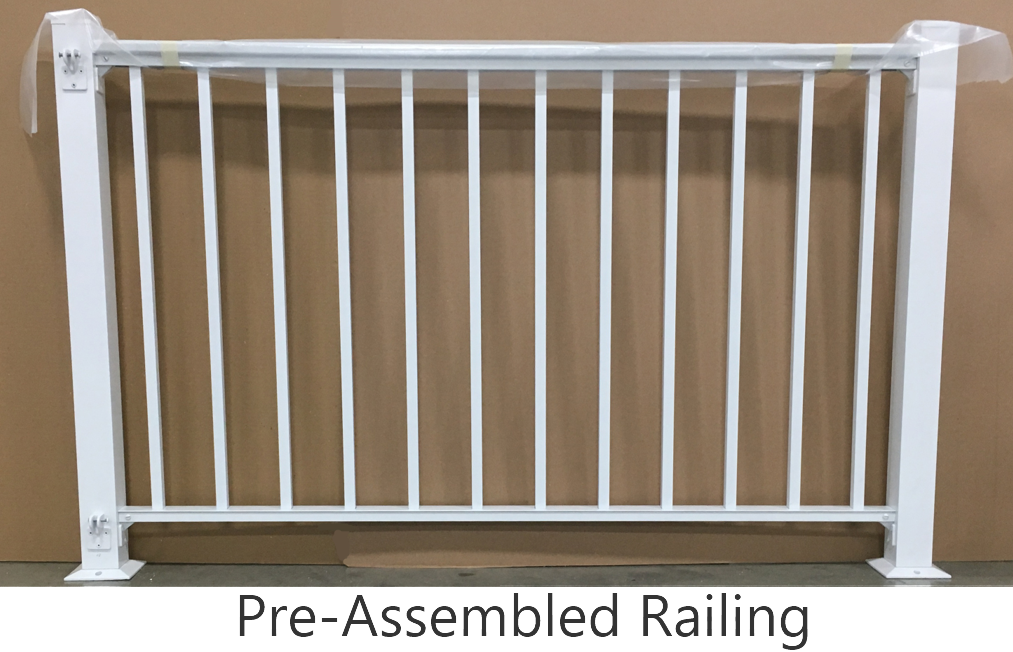 Why does it matter?

Naturally, all components of a construction project, be they railing or otherwise, will need to be assembled by someone at some point, so why does it matter where it is done? For the quick answer, we turn again to Jim Lynch: “Offsite construction is safer and more efficient. It’s also easier to manage quality, and to ensure precision.”

Let’s dig deeper into Jim’s comment and determine what inspires his line of thinking by beginning with a quick analogy. In baseball, a pitcher and a first baseman both are on the team due to their respective skills. Despite both being professionals, a pitcher is unlikely to be a great hitter (and vice-versa) because that is not the area of the game they specialize in. When we shift the focus back to the construction industry, the contractor and the manufacturer can be looked upon as a pitcher and a batter. Both can perform the tasks that the other specializes in, but not to the same high level as the other…. you wouldn’t use your all-star first baseman to pitch in the ninth inning of the World Series!

Now that we have the concept clarified, let’s use a spiral staircase as a real-world example. Most construction job site workers likely can build a spiral staircase, however, it will be a time-consuming endeavor in which most are not very familiar, causing potential safety issues to go unnoticed or flaws in fabrication, while other aspects of the overall project are delayed. Meanwhile, XYZ stairs has a team of employees who know all there is to know about building a beautiful spiral staircase. The XYZ team will be able to instantly identify any potential design deficiencies or safety hazards and efficiently build a safe, beautiful staircase in less time than a construction team would need to assemble and rework some type of generic kit to make it fit their current project.

In terms of quality and precision, the staff at XYZ can boast numerous years of experience building spiral staircases, while those on the construction site may have never performed such an activity. By allowing a manufacturer to preassemble this staircase offsite, the contractor on the project has ensured a high-quality product that is sure to fit within the project scope. At the same time, the general contractor has effectively saved time and resources on the job site and is able to allocate his workforce to more pressing matters.

For contractors, utilizing pre-assembled material not only saves on time, flexibility, safety concerns, and quality, but it also offers cost savings and an eco-friendly solution.

ConstructionWorld notes that most pre-assembled units are indeed initially more expensive than their unassembled counterparts, but the time savings associated (i.e. the lack of labor payments) quickly make up for any financial differences. Usually the higher quality, precision-built pre-assembled item will end up as the more cost-effective option in the end. Cost savings or quality products? Why not both!

In terms of eco-friendliness, allowing a company like XYZ stairs to create a pre-assembled unit lets experts create what they specialize in, and as a result, minimizes waste. Additionally, most manufacturing companies, whether they work with metals, wood, plastic, or other materials, are set up to effectively recycle the material they work with, whereas excess materials at a job site could end up in a landfill. 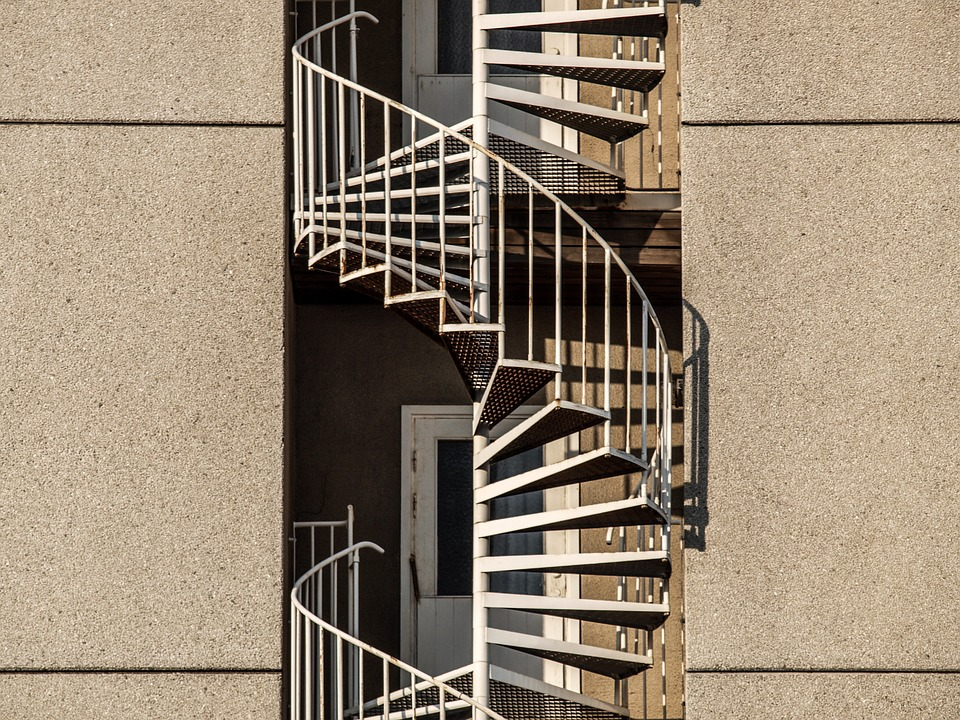 Where does Superior fit in?

For Superior, the future spoken about by Jim Lynch has already arrived. In fact, this future arrived over 50 years ago. For years the Superior team, from engineering to assembly, has been building customized pre-assembled railing sections. Each of these sections represents part of a larger blueprint for a full construction project, allowing an installer to simply unbox their customized railing, set in place, and fasten to the appropriate surface.

We have always believed that a project in need of railing is much better served receiving a factory-built collection of railing. We know that the “weekend warrior” adding railing to their front porch or the general contractor installing railing on hundreds of balconies on a multi-family complex often do not have the time or resources needed to spend countless hours tinkering with generic railing kits, only to find they are one part short or wondering why they have parts left over.  The custom railing solves their installation frustration with a modernized factory-built look! 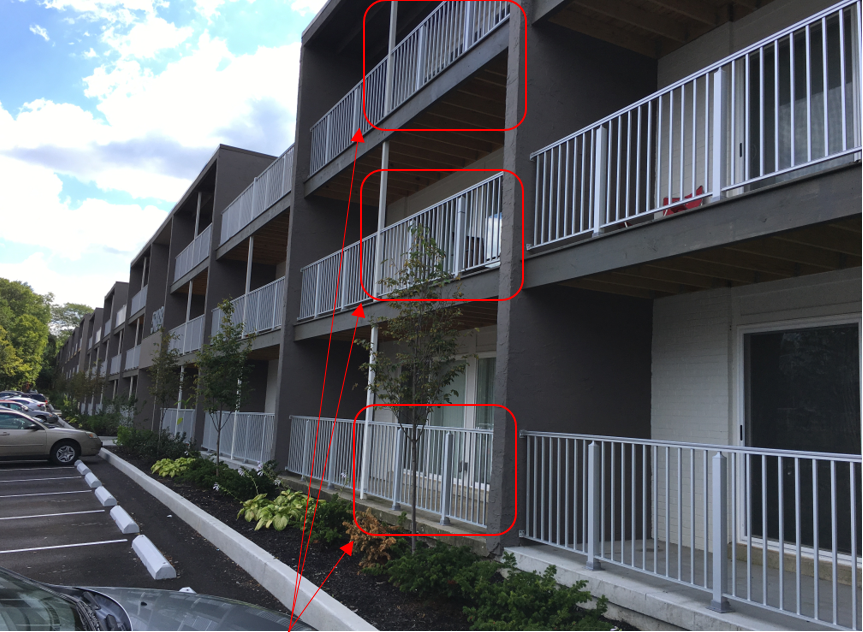 These sections, as well as all others pictured, shipped as assembled components

How Does Railing Go From an Idea to an Installation?